FREE & Fun Family Events in Brooklyn to Attend this Summer 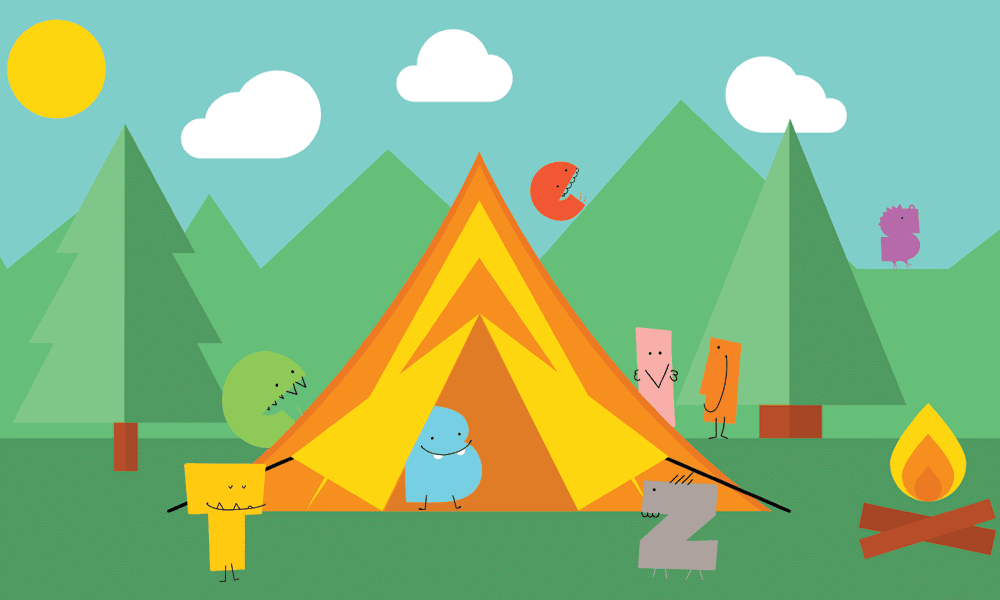 We’re not just Williamsburg, Brooklyn pediatric dentists, we live here too! So, being residents ourselves and hanging out with our awesome patients and their parents every day, we hear about all of the fun stuff going on in the area. We know in the summer, it can be a lot of work to keep the kids entertained without spending a fortune. Well, don’t worry. Bitesize Pediatric Dentistry to the rescue!

We’re sharing a guide to best summer 2018 family events in Brooklyn and they’re all free (yes, really!). Without further ado, here are our recommendations for things to do in Brooklyn with kids that won’t cost you a dime:

Family Camping in Prospect Park could be one of the best Brooklyn family activities we’ve heard of to date. On Saturday, June 2 from 6pm to 7am, the Urban Park Rangers will lead families through the experience and they’ll even provide the tents. You’ll explore Prospect Park, connect with nature, unplug and bond with your family. Because it’s so popular and space is limited, families are chosen by lottery. To enter your brood in the lottery, register here. Registration opens on Wednesday, May 23.  If chosen, all you have to do is show up ready for adventure.

BRIC Celebrate Brooklyn! Festival is one of the most anticipated Brooklyn events this summer, or any summer. As part of the festivities, Los Lobos will put on an energetic, fun family concert on Sunday, June 10 at 3pm. The event, like most of the Celebrate Brooklyn! concerts, is free.

Even though many of the Festival’s shows are for adults, if you don’t mind letting the kids stay up past their usual bedtime there are some other kid- and family-friendly performances on the schedule, such as the tap dancing extravaganza The Blues Project on Thursday, June 28 at 8pm and Nausicaä of the Valley of the Wind/Kaki King featuring Treya Lam on Saturday, July 28 at 7:30pm where Brooklyn guitarist Kaki King and multi-instrumentalist Treya Lam will provide the musical score to the dazzling film.

All summer long, the City Park Foundations’ yearly summer concert series will feature live music at a variety of venues across New York City. While a lot of the free concerts are geared towards grown-ups, there are a few that make for great family summer activities in Brooklyn. On Wednesday, June 13 from 7 to 9pm at Brooklyn Bridge Park (Furman Street and Old Fulton Street), check out the Metropolitan Opera Recital Series and hear the Met Opera stars sing their hearts out.

On Friday, June 22 from 7 to 9pm at Coffey Park (Verona Street between Richard Street and Dwight Street), all ages are welcome to see a celebration of hip-hop dance at Hip-Hop and You Don’t Stop. The showcase will feature some of the most talented acts in the dance world, as well as live music. It kicks off at 7pm with Alvin Ailey’s Revelations Celebration Community Workshop.

Alvin Ailey’s Revelations is the most popular work of modern dance in the world. During the workshop, attendees, kids included, are invited to learn excerpts under the guidance of master teacher Nasha Thomas and other former Ailey company members. They’ll walk you through the moves as a percussionist plays.

On Thursday, June 21, the summer solstice, one of the best free family activities in NYC will be back for its 12th year. Make Music New York is the largest collection of one-day, free concerts. Musicians of all ages and skill levels will perform in outdoor, public spaces with close to a 1,000 concerts on sidewalks, streets, in parks, in front of stores and everywhere you can image across all five boroughs, including Brooklyn!

Concerts will run from 10am to 10pm and include a huge variety of musical genres. Registration for venues and musicians just ended, so the schedule will be posted soon on the event website. Stay tuned to find out where people will be performing in Williamsburg, Park Slope and the rest of our beautiful borough.

The City Parks Foundation really knows how to plan some awesome free Brooklyn summer events (well, citywide, actually, but we’re focusing on Brooklyn here). The PuppetMobile is the oldest continually operating company of its kind in the United States. The company offers free puppet-making workshops and performances in parks, schools and recreation centers all over New York City. For summer 2018, they’re presenting The Big Good Wolf. It’s a modern-day fairy tale told and performed by puppets.

These kid-friendly NYC events are open to the public; no registration is required. There will be performances in Brooklyn on Saturday, June 2 at Owl’s Head Park (Colonial Road and 68 Street and Shore Road), Saturday, June 9 at Maria Hernandez Park (Knickerbocker Ave and Starr Street) and Friday, June 15 at Highland Park – Lower Highland (443-599 Jamaica Ave) each from 11am to 12n. You can also take in the show on Friday, June 22 from 3 to 4pm at Coffey Park (85 Richards Street) and Sunday, June 24 from 4 to 5pm, also at Coffey Park.

Each summer, the New York Philharmonic spends a week touring the city’s parks, bringing classical music to the masses for free. While performances do begin at 8pm, which might be late for the tiny tots, it’s a great way to give school-aged kids and teens a dose of culture. The concerts run an hour and a half with an intermission and are followed by fireworks. The musicians will be making their way to Brooklyn with a concert in Prospect Park on the Long Meadow ball fields on Friday, June 15.

On Saturday, June 16 from 1 to 2:30pm, NYC Parks’ Urban Park Rangers will send families on a scavenger hunt with smartphones and digital cameras. See if your family can snap photos of everything on the list while learning a thing or two about nature and the park. No registration is required. Be sure to bring your phone or a camera.

Smorgasburg is one of the family events in Brooklyn that really does appeal to every family member. Parents get to eat delicious food, kids can expand their palettes and the really little ones love all of the activity, sights and sounds. Everybody wins! The open-air food market is held every Saturday in Williamsburg, April through October, at East River State Park (90 Kent Ave at N. 7th Street) and Sundays in Prospect Park (East Drive at Lincoln Road) from 11am to 6pm.

Movies Under the Stars – Various Locations

NYC Parks offers Movies Under the Stars throughout the warm weather months. These free family activities in Brooklyn and the other boroughs are held at different parks. The kid-friendly flicks start around 8:30pm but get there early to find a spot to spread out your blanket. Coming up on the schedule:

The Prospect Park Alliance in partnership with Nitehawk Cinema also hosts a Movie Under the Stars series at Prospect Park on the Long Meadow North. Before the family-friendly films start, there will be live musical entertainment. This year, the selection will showcase films that were exhibited at the Sanders Theater/Pavilion Theater in the 1930s, 1950s, 1960s and 1990s. The music starts at 7pm and the movies begin right after sundown. On the lineup:

The Wyckoff House is the oldest house in New York City and on the third Saturday of the month they have free a Family Day. Drop in between 11am and 3pm to explore the house. Get there by 1pm to take part in a hands-on making activity. Family Day includes seasonal activities in the house and around the gardens, such as scavenger hunts, artifact investigation, gardening, crafts and fun.

The events are open to everyone and no registration is required. However, groups of eight or more should contact the museum ahead of time. While anyone is welcome, the activities are geared towards families with kids between the ages of four and 10. At the Saturday, June 16 Family Day, get ready to play some outdoor Colonial games.