Is it Safe for Kids to Use Mouthwash? 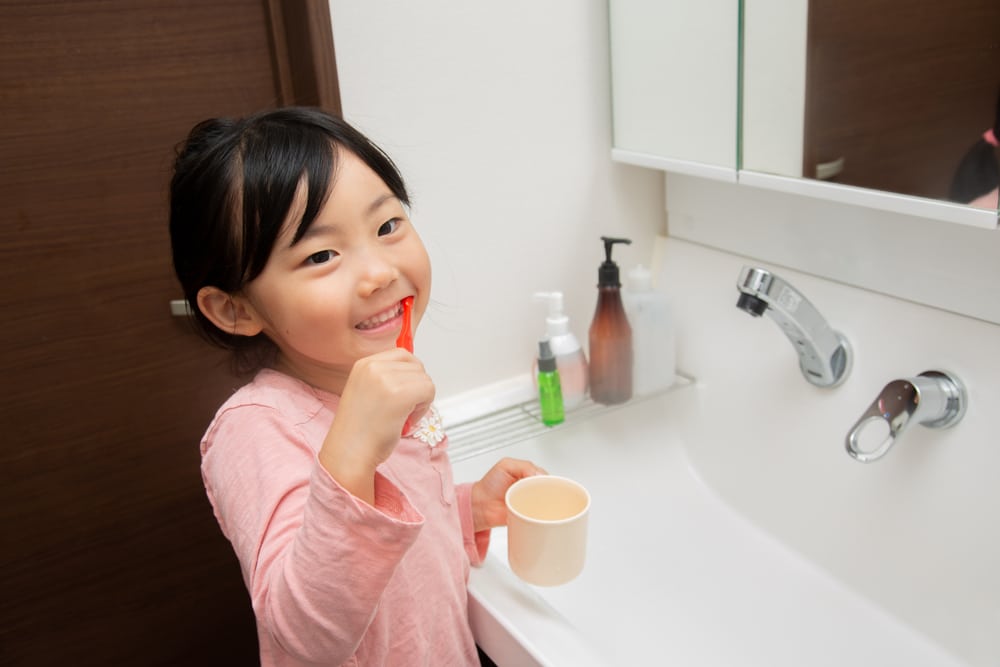 Whether you’re looking for a way to get rid of your child’s bad breath or you want them to have a little extra cavity protection, there are plenty of reasons why you might be considering adding mouthwash to your kiddo’s oral hygiene routine. After all, mouthwash has a number of benefits and you may even use it yourself. But, is mouthwash safe for kids? Our Brooklyn pediatric dentists are on the case with answers!

Is Mouthwash Safe for Kids?

Whether or not mouthwash is safe for kids boils down to your little one’s age, the ingredients (i.e., alcohol vs. alcohol-free), and your child’s swallowing reflexes and behavior. In general, unless prescribed by a pediatric dentist, young children should not use mouthwash. Their swallowing reflexes and motor control aren’t developed enough to gargle and spit it out. If a child swallows large amounts of mouthwash, it can cause nausea and vomiting and, if it contains alcohol, even intoxication. While there are brands that sell mouthwash for toddlers, in most cases, it’s better to avoid it.

As for the age kids can use mouthwash, the American Dental Association recommends waiting until children are at least six years old. Aside from the swallowing concerns, fluoride mouthwash for kids under six can lead to children getting too much fluoride too soon, which has the potential to cause fluorosis. This condition affects developing teeth and can result in white or brown spots on the teeth and pitting of the enamel.

Even if your child is six or older, they still might not be ready for mouthwash. Just like toothpaste, mouthwash should be spit out and not swallowed. If your child tends to swallow toothpaste, wait a while longer to introduce mouthwash.

Your best bet is to have kids practice with water first. This will help them get the hang of swishing it around in their mouth and spitting it out and show you if they’re capable of safe mouthwash use. If they do a good job with the water, they could be ready to move on up to mouthwash.

What are the Benefits of Mouthwash for Older Children?

When kids are old enough and able to spit it out, there are a number of benefits of mouthwash for children:

It helps get rid of even more sugar bugs.

While nothing replaces kids brushing their teeth twice a day and flossing once daily, mouthwash can be a super effective addition to their oral hygiene routine. It will wash away food particles and plaque in areas that are hard to reach with a toothbrush and floss.

Using a mouthrinse will freshen your child’s breath.

It can strengthen kids’ teeth and fight cavities.

Fluoride mouthwash for kids (as long as they’re over the age of six) aids in the remineralization of the teeth and strengthens the enamel to ward off tooth decay. If you’re not into the idea of fluoride, xylitol is another powerful ingredient to look for in mouthwash. Xylitol is a naturally-occuring sugar substitute and evidence suggests it decreases a certain type of bad bacteria in the mouth, reducing the occurrence of dental caries (cavities) in children.

By helping to eliminate extra plaque and clean the hard-to-reach areas between teeth and around the gums, using mouthwash is a good way to keep kids’ gums healthy and prevent gingivitis.

It can give you peace of mind.

It takes a while for kids to master brushing and flossing. If your child still struggles a bit, swishing with mouthwash is good for getting any spots they missed and it adds an extra layer of protection against plaque, cavities and gingivitis, so you can breathe a sigh of relief.

Mouthwash is especially good for kids with braces.

Dental braces create more places for food, plaque and bacteria to hide and when children have braces, they’ll need to be more diligent about brushing and flossing. Using mouthwash will keep their hardware clean.

Swishing with mouthwash can be exciting for kids, especially at first when it’s still a novel experience. This might make them more enthusiastic about their oral hygiene routine. Even if it’s temporary, any enthusiasm is welcome, particularly early on when kids are establishing a foundation for lifelong oral health habits.

What is the Best Mouthwash for Kids?

Alcohol is a common ingredient in mouthwashes because it helps kill bacteria. However, at Bitesize Pediatric Dentistry, we always tell our families to choose an alcohol-free mouthwash for children. Most formulations contain ingredients that are safer and will work just as well. You may also want to look for the American Dental Association (ADA) seal of approval, which is awarded to products that have proven to be safe and effective.

Some of our favorite children’s mouthwashes include:

Want more options? The American Dental Association has a downloadable shopping list for parents with the best toothpaste, toothbrushes, mouthrinses and other oral hygiene products for kids. And, of course, all of the products on the list have the ADA seal of acceptance.

What are Some Tips for Using Mouthwash Safely?

If you still have questions about mouthwash for kids or you’re looking for a kids’ dentist in Park Slope, Williamsburg or DUMBO, Brooklyn, schedule a visit at Bitesize Pediatric Dentistry today!